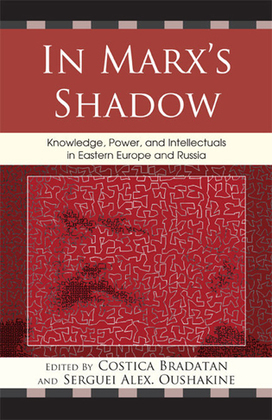 Despite its key role in the intellectual shaping of state socialism, Communist ideas are often dismissed as mere propaganda or as a rhetorical exercise aimed at advancing socialist intellectuals on their way to power. By drawing attention to unknown and unexplored areas, trends and ways of thinking under socialism, the volume examines Eastern Europe and Russian histories of intellectual movements inspired - negatively as well as positively - by Communist arguments and dogmas. Through an interdisciplinary dialogue, the collection demonstrates how various bodies of theoretical knowledge (philosophical, social, political, aesthetic, even theological) were used not only to justify dominant political views, but also to frame oppositional and nonofficial discourses and practices. The examination of the underlying structures of Communism as an intellectual project provides convincing evidence for questioning a dominant approach that routinely frames the post-Communist intellectual development as a 'revival' or, at least, as a 'return' of the repressed intellectual traditions. As the book shows, the logic of a radical break, suggested by this approach, is in contradiction with historical evidence: a significant number of philosophical, theoretical and ideological debates in post-Communist world are in fact the logical continuation of intellectual conversations and confrontations initiated long before 1989.