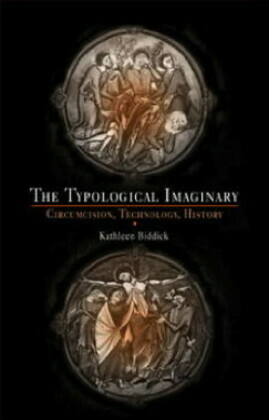 In this book Kathleen Biddick investigates the fate of the enduring timelines fabricated by early Christians to distinguish themselves from their Jewish neighbors. Ranging widely across the history of text, technology, and book art, she relates three interwoven stories: the Christians' translation of circumcision into a graphic problem of writing on the heart; the temporal construction of Christian notions of history based on the binary supersession of an Old Testament past by the present of a new dispensation; and the traumatic repetition of the graphic cutting off of Christians from Jews in academic history and anthropology.

Moving beyond well-studied theological polemics, Biddick works from the relatively unfamiliar vantage point of the graphic technologies used in medieval and early modern texts and print sources, from maps to trial transcripts to universal histories. Addressing current concerns about the posthuman condition by linking them to a deeper genealogy of disembodiment at the technological heart of imaginary fantasies, she argues that such supersessionary practices extend to contemporary psychoanalytic and postcolonial texts, even as they propose alternative ways of thinking about memory and temporality. Crucial to Biddick's study is the ethical challenge of unbinding the typological imaginary, not in order to disavow theological difference but rather to open up the encounter between Christian and Jew to less deadening teleological readings.

Making a significant contribution to the large debate over the transition from "scriptural" to "scientific" culture in Europe, The Typological Imaginary also succeeds in shedding light on the centrality of Jews to medieval and Enlightenment history.