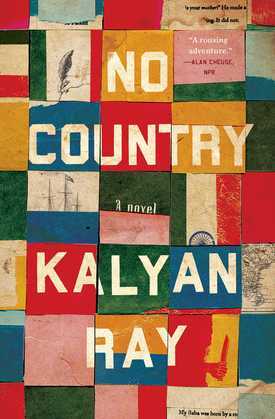 No Country: A Novel

?A novel as easy to read as the latest bestseller, No Country is a rousing adventure made up out of the blood and guts and dreams of people on three continents and nearly 150 years of troubled history? (Alan Cheuse, NPR).

In the poverty of rural Ireland in 1843, Padraig Aherne and Brendan McCarthaigh grew up as brothers, inseparable, even when Padraig falls in love with their beautiful classmate, Brigid. But when Padraig makes a dangerous mistake that forces him onto a ship bound for India, and the deadly potato famine sweeps through their tiny village, Brendan is left alone to care for his best friend?s child, an infant daughter Padraig never knew he had. Eventually, Brendan flees with her aboard one of the infamous ?coffin ships,? to begin a new life in America. As Brendan?s and Padraig?s two family trees take root on opposite sides of the world, their tendrils begin to intertwine, moving inexorably toward a disastrous convergence more than a century later.

Unfurling against the fickle backdrop of history that includes terrorism on the Indian subcontinent, an East European pogrom, the Triangle Shirtwaist fire in New York City, and the terrible intimacy of a murder in a sleepy New England town, the fallout from lives torn apart in No Country smolders for generations.