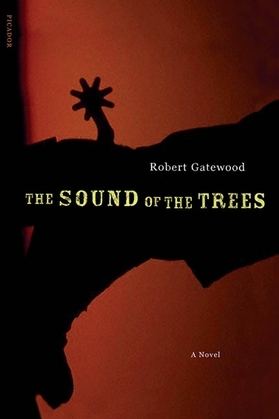 The Sound of the Trees

An extraordinary debut that brings together a hypnotic quest, a thrilling Western, and an unforgettable love story.

Set in the 1930s, The Sound of the Trees tells the story of Trude Mason, who, seeking to escape a brutal father and a violent past, sets out with his mother on horseback on a grueling journey through the extreme desert and mountainous terrain of southwestern New Mexico. Their destination is Colorado, a place Trude imagines to be abundantly fertile, wild, and free. But along the way, Trude finds himself in the clutches of a small New Mexican border town, once again a victim of brutality and lawlessness, this time in the form of a pitiless sheriff and his posse. When they arrest and sentence to death a young woman whose life Trude has saved, he must face an explosive collision between conscience and self-preservation.

Affecting yet unsentimental, written in piercing, unadorned prose, Robert Gatewood's The Sound of the Trees marks the arrival of a vital new literary voice.