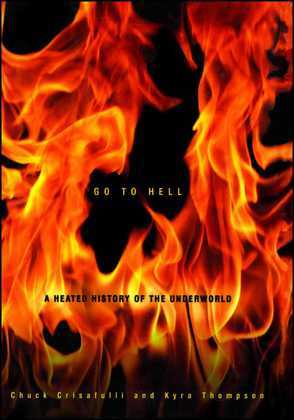 by Chuck Crisafulli (Author), Kyra Thompson (Author)
Excerpt
Nonfiction Social science Customs & traditions Religion Humor
warning_amber
One or more licenses for this book have been acquired by your organisation details

Close your eyes and picture -- just for a moment -- hell. Fire? Demons? Eternal torment?
Well, yes -- that's the place, in one very hot nutshell. But that's not all there is to the forbidding world beneath us. For a few millennia now, we mortals have imagined and reimagined hell in countless ways: as a realm of damnation, as an inspiration for highest art, as a setting for the lowest of lowbrow comedy. One might conclude that for all our good intentions to enter para- dise, we can't seem to get enough vivid details of its counterpart, hell.
Provocative, colorful, and damned entertaining, Go to Hell takes readers on a tour of the underworld that is both darkly comical and seriously informative. From the frozen hell of the Vikings to the sun-drenched Cayman Islands' town of Hell (where tourists line up to have their postcards aptly postmarked), from Dante's circles of hell to Buffy the Vampire Slayer's Hellmouth, Go to Hell embraces our evolving relationship with the sinner's final destination, revealing how we truly think of ourselves in this world.

What's down below?
Meet HEL, the hideous, half-rotting goddess of the Viking underworld.
Beware the Egyptians' AM-MUT, an unsightly mix of lion, crocodile, and hippo parts, and insatiably hungry for wicked souls.
Visit JIGOKU, a Buddhist realm of eight fiery hells and eight icy hells: an all-you-can-suffer hot-and-cold buffet.
Step into the INFERNO for a tour of Dante's nine circles of the damned...