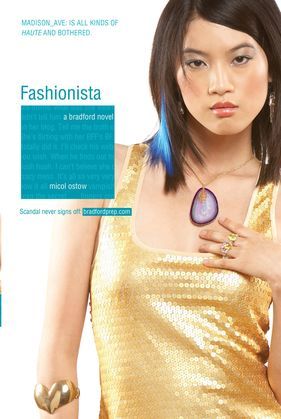 Madison, Spencer, and Reagan have it all: the looks, the connections, the money, the boys. As the ruling juniors at exclusive Bradford Prep, nothing can stand in their way . . . except their own dark secrets. Madison feels plenty guilty for sneaking around behind Spencer’s back with Spencer’s longtime boyfriend. But what Spencer doesn’t know can’t hurt her, right? Too bad nothing at Bradford stays secret for long. . . . The secrets and scandals of Bradford Prep are revealed in blog format. The books stand alone, but extensive online content, including an interactive social networking site, plus all-new chapters and alternate character perspectives, offer additional insight and intrigue.