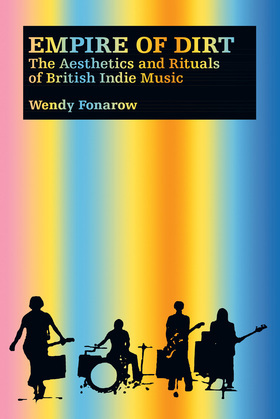 by Wendy Fonarow (Author)
Buy for $21.99 Excerpt
Nonfiction Arts Music
warning_amber
One or more licenses for this book have been acquired by your organisation details

Britain is widely considered the cradle of independent music culture. Bands like Radiohead and Belle and Sebastian, which epitomize indie music's sounds and attitudes, have spawned worldwide fanbases. This in-depth study of the British independent music scene explores how the behavior of fans, artists, and music industry professionals produce a community with a specific aesthetic based on moral values. Author Wendy Fonarow, a scholar with years of experience in the various sectors of the indie music scene, examines the indie music "gig" as a ritual in which all participants are actively involved. This ritual allows participants to play with cultural norms regarding appropriate behavior, especially in the domains of sex and creativity. Her investigation uncovers the motivations of audience members when they first enter the community and how their positions change over time so that the gig functions for most members as a rite of passage. Empire of Dirt sheds new light on music, gender roles, emotion, subjectivity, embodiment, and authenticity.