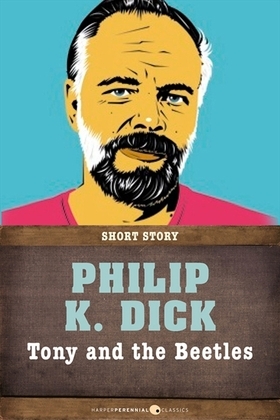 Tony And The Beetles

by Philip K. Dick (Author)
Excerpt
Fiction Science fiction Short stories
warning_amber
One or more licenses for this book have been acquired by your organisation details

A commentary on racism, “Tony and the Beetles” takes place in a colony world where Terra has been oppressing the Beetles of Orion for decades. But when Terra suffers a major defeat at the hands of the Beetles, Tony, a small boy, is surprised to discover the Beetles he believed to be his friends aren’t so friendly after all.