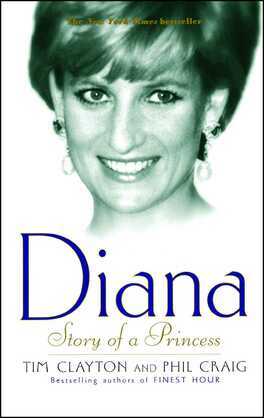 by Tim Clayton (Author), Phil Craig (Author)
Excerpt
Nonfiction Biography & autobiography Women Royalty
warning_amber
One or more licenses for this book have been acquired by your organisation details

Based on the groundbreaking ITV/The Learning Channel documentary series, and drawn from years of research and dozens of interviews with friends and associates speaking on the record for the first time, Diana contains never-before-revealed information and stunning insights about the beloved -- and largely misunderstood -- Princess of Wales.

From claims that Diana was ready to leave Charles just weeks before the wedding to her lifelong battle against depression, from world-exclusive interviews with Diana's beau James Hewitt and her "surrogate mother-in-law" Shirley Hewitt to details about the unconventional "arrangements" in the royal household -- between Diana and James, Charles and Camilla Parker Bowles -- Diana is an honest, objective, and unparalleled biography.

With thirty-two photographs -- including several never before published -- Diana shows all facets of this fascinating woman: her magic, her manipulations, her dazzling public persona, and her place in her people's hearts and
history.