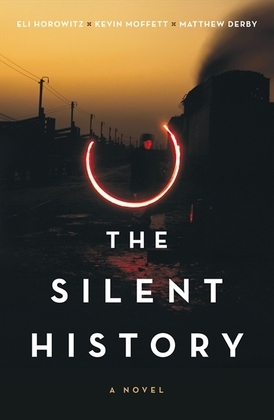 A thrilling read from beginning to end: World War Z meets The Children of Men

Sometime right around now, doctors, nurses and—most of all—parents begin to notice an epidemic spreading among newborn children, children who are physically normal in every way except that they do not speak and do not respond to speech. They don’t learn to read, don’t learn to write. Theories abound—maybe a popular antidepressant is the cause. Maybe these children, lacking the ability to use or comprehend language, have special skills of their own.

Unfolding in a series of brief testimonials from parents, teachers, friends, doctors, cult leaders, profiteers, impostors—everyone touched by the silent phenomenon except, of course, the children themselves—The Silent History is both a bold storytelling experiment and an unexpectedly propulsive reading experience. Originally conceived and serially published as an award-winning iPhone/iPad app by Eli Horowitz, the former publisher of McSweeney’s, along with two acclaimed novelists (Matthew Derby and Kevin Moffett) and one intrepid coder (Russell Quinn), the book has been re-edited and, at times, rewritten into a definitive, nuanced and unputdownable text, a story that is timely, timeless and terrifying.