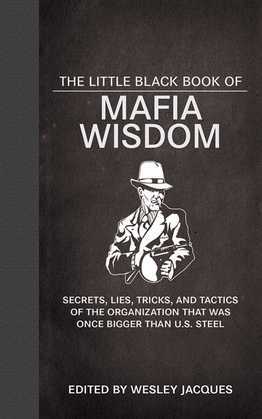 ?I never lie to any man because I don't fear anyone. The only time you lie is when you are afraid.? ?John Gotti

Despite the fact that secrecy is vital to the Mob, mobsters have revealed themselves to be notorious gossips, prone to bragging, and even outrageous loudmouths. Delve into the inner workings of the Mob and the mindset of those who run it through these mesmerizing quotes from some of the smoothest and most dangerous criminals, real and fictional, who ever made headlines. Whether they?re spilling to their lawyers or making blood-chilling threats, mobsters reveal startling insights on leadership, guilt, and loyalty. While at times shocking, crude, and even unintentionally funny, these quotes also help us to see the humanity behind these dark bosses of the underworld . . . and give us a little insight into the dark side of our own natures, as well.