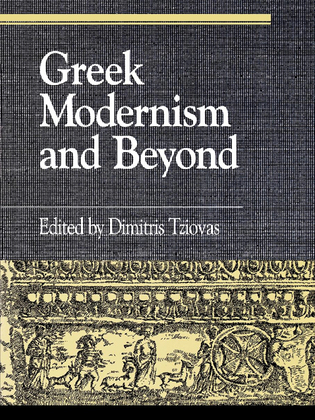 Greek Modernism and Beyond

Although it is one of the most dynamic and controversial areas of Greek culture, Greek modernism has received little scholarly attention as a literary and cultural phenomenon. A wide variety of competing, often clashing discourses and approaches characterize the study of Greek modernism. In this landmark volume, scholars from three continents provide a framework in which developments in prose, poetry, and drama can be studied together. The contributors seek to redefine the contours of Greek modernism, to reassess its impact on Greek culture, to explore the fringes of the movement. Special attention is paid to the role of the avant-garde in Greece and the emergence of postmodern trends in Greek culture. Greek Modernism and Beyond is valuable reading for students and scholars of Greek and European literature.