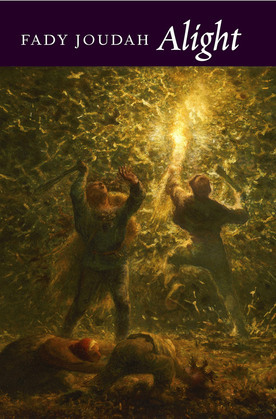 The poems in Alight alternate between the estranging familial and strangely familiar, between burning and illumination. As father, husband, and physician, Fady Joudah gives children and vulnerable others voice in this hauntingly lyrical collection, where, with quiet ferociousness, one’s self can be reclaimed from suffering’s grip over mind and spirit.

Fady Joudah is a Palestinian-American poet, translator, and physician of internal medicine. He received his medical training from the Medical College of Georgia and University of Texas, and served with Doctors Without Borders in 2002 and 2005. His first book, The Earth in the Attic, won the 2007 Yale Series of Younger Poets competition, judged by Louise Glück. In 2010 he received a PEN translation award for his translations of Palestinian poet Mahmoud Darwish.