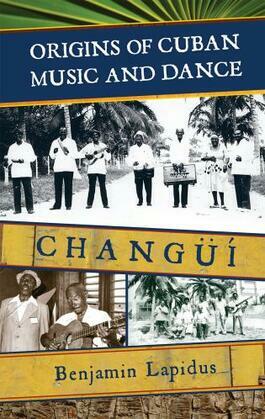 Origins of Cuban Music and Dance

Origins of Cuban Music and Dance: Changüí is the first in-depth study of changüí, a style of music and dance in Guantánamo, Cuba. Changüí is analogous to blues in the United States and is a crucible of Cuban Creole culture. Benjamin Lapidus describes changüí and its relationship to the roots of son, Cuba's national genre and the style of music that contributed to the development of salsa, in Eastern Cuba. He also highlights the connections between Afro-Haitian music and Cuban popular music through changüí, connections with the Caribbean that have been largely overlooked in the past.

After an initial historical discussion about the region of Guantánamo and the inter-connectedness of its various musical styles with a focus on changüí, Lapidus discusses the technical aspects of the genre as practiced within the region and beyond. He considers the socio-historical importance of its lyrics, presenting numerous musical transcriptions that explain how the music is structured, as well as providing background stories to songs. In a chapter unique to this book and a first in Cuban musicology and ethnography, Lapidus describes years of festivals and musical competitions to show how local musical identity takes shape, particularly when encountering national narratives of music history. The volume concludes with a comparison between changüí and son, as well as a bibliography, discography, and videography.