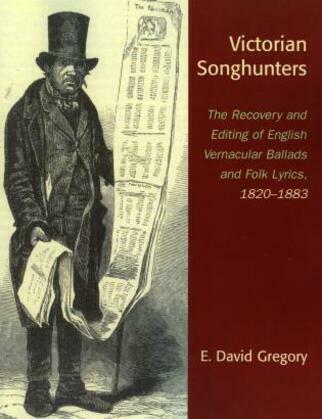 Victorian Songhunters is a pioneering history of the rediscovery of vernacular song?street songs that have entered oral tradition and have been passed from generation to generation?in England during the late Georgian and Victorian eras. In the nineteenth century there were four main types of vernacular song: ballads, folk lyrics, occupational songs, and national songs. The discovery, collecting, editing, and publishing of all four varieties are examined in the book, and over seventy-five selected examples are given for illustrative purposes. Key concepts, such as traditional balladry, broadside balladry, folksong, and national song, are analyzed, as well as the complicated relationship between print and oral tradition and the different methodological approaches to ballad and song editing.

Organized chronologically, Victorian Songhunters sketches the history of English song collecting from its beginnings in the mid-seventeenth century; focuses on the work of important individual collectors and editors, such as William Chappell, Francis J. Child, and John Broadwood; examines the growth of regional collecting in various counties throughout England; and demonstrates the considerable efforts of two important Victorian institutions, the Percy Society and its successor, the Ballad Society. The appendixes contain discussions on interpreting songs, an assessment of relevant secondary sources, and a bibliography and alphabetical song list. Author E. David Gregory provides a solid foundation for the scholarly study of balladry and folksong, and makes a significant contribution to our understanding of Victorian intellectual and cultural life.