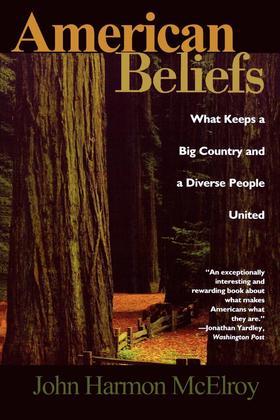 American Beliefs: What Keeps a Big Country and a Diverse People United

Why do so many different people with widely dissimilar ideas and customs get along as Americans? In American Beliefs, John McElroy identifies and explains those essential ideas that keep a big country and a diverse people united, tracing them historically from their origins in the earliest experiences of the American colonists. A powerful antidote to decades of concentration on the differences among Americans."A magnificent and timely book. John McElroy picks up where de Tocqueville left off."-Charles Moskos.