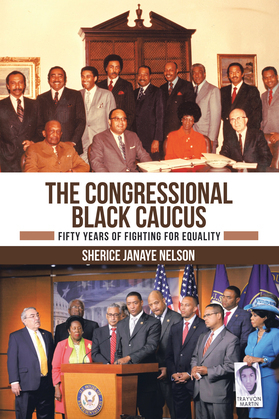 The Congressional Black Caucus (CBC) is the first racial caucus established in the Western world. The CBC was founded in 1971 after the historic Civil Rights Act of 1965 and the 1970 Census; both of which allowed voting districts to be redrawn—especially in the South where Blacks were denied constitutional rights. This burden and opportunity to speak of, advocate for, and legislate around the disparities in the lives of Blacks as citizens of the United States was, and continues to be the mission of the Caucus. CBC members understand that they are descriptive representatives as well as symbolic representatives charged with producing substantive legislation. They are a symbol of full Black citizenship; their individual elections, the creation, and the sustained legislative power of the Caucus symbolizes the collapse of dual sovereignty. A symbol many are bound to defecate with the inflation of states rights that will in-turn nullify the elections of many Black legislators.

The author reviews the legislative accomplishments, the legislative influence, and global impact the Congressional Black Caucus has made since its founding by focusing on how it has used legislative activism to improve the lives of the oppressed and forgotten. The work asserts that a racialized government structure has made the work done by the CBC appear as one step forward and two steps backward. Therefore, a historical review and subsequent analysis is imperative to truly understand how a racialized structure established obstacles the original thirteen members had to face, while understanding how those current obstacles hinder the CBC members of today.