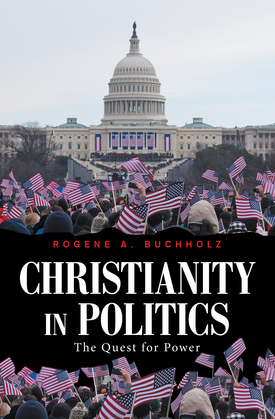 by Rogene A. Buchholz (Author)
Buy for $3.99 Excerpt
Nonfiction Social science Political science Religion Oriental religions and wisdom Sociology
warning_amber
One or more licenses for this book have been acquired by your organisation details

Democracy is in peril and on the brink of extinction in the United States of America.
There are many reasons why it has gotten to this point, but this book looks exclusively at the role Evangelical Christianity has played in the process. By infusing the Republican Party with its values, world view, and its vision for America, it has contributed to the divisiveness that has made it virtually impossible to govern.
Our government is hopelessly crippled because of two different world views: one that is inherently racist and exclusionary where evidence doesn’t matter and authoritarianism is favored, and the other that is more inclusive and progressive—where evidence matters, science is respected, and democracy is valued.
It is difficult to find a common ground between these world views and get anything done for the country, making alternative means of governing more attractive to people throughout the world who are watching what is happening in America.