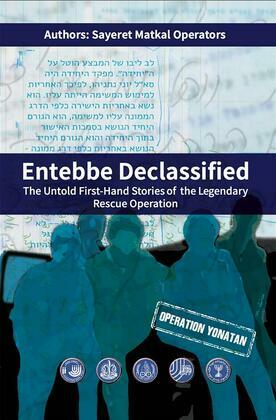 "This is a must-read for anyone interested in military history. It tells the story of one of the boldest and most successful special operations of all time, and it tells it in a unique and riveting way, in the words of the fighters who executed it."

“An incredibly important piece of history, not just for Israelis, but for every commando who picks up a gun.”

"A fascinating book that grants the readers a glimpse at the testimonies and different vantage points of the warriors at the fore. There is a unique strength to the individual testimonies. The unbelievable story of the operation is made real."

There have been books and articles and blockbuster movies, but here at last is THE REAL STORY of the most daring rescue operation ever, as TOLD BY THE OPERATORS THEMSELVES.

In June 1976, when AF Flight 139 was hijacked by German and Arab terrorists and flown to Entebbe, Uganda, many around the world thought there was no choice but to succumb to the hijackers’ demands. Instead, a few nights later, an Israeli special operations force flew an unprecedented 2,500 miles—largely over hostile territory and with only enough fuel for one leg of the journey.

These operators were the first ones to land in Entebbe. They eliminated the terrorists and freed 103 hostages. Their 33 stories, told in their own words, illustrate precisely how Sayeret Matkal pulled off the impossible on that fateful night.

Sayeret Matkal operators, then as now, endure a harsh selection process. They’re trained as clandestine warriors, taught to contain the secrets they hold. For these thirty-three authors that creed has been a way of life. Now, after decades of silence, they’ve decided to share their stories of Entebbe. These individual testimonies, sure to leave an indelible mark on the historical record, were written out of goodwill, and goodwill, too, has dictated that all proceeds be donated to charity.