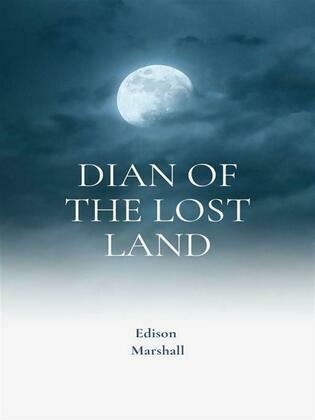 Dian of the Lost Land

by Edison Marshall (Author)
Buy for €1.49 Excerpt
Fiction Science fiction Adventure
warning_amber
One or more licenses for this book have been acquired by your organisation details

When Doctor Adam Weismann felt discouraged, the view from his window cheered him. Sydney’s waterfront is imposing at all times; now the southern summer had lent it a dreamy beauty peculiarly Australian. For twelve miles up the coast the wharf lights sparkled and glowed; new stars, white, warm, and near, not cold and remote like his own Dakota stars, glimmered in the hushed waters of the bay. Hundreds of ships lay sleeping in the docks or drowsed at anchor.

Adam felt queerly about ships. The big liners from San Francisco and London merely made him homesick, but the little ships, the battered freighters and disreputable tramps that came and departed, God knows where, wakened in him an extraordinary delight. True, there was bitter mixed with the sweet, as in all life’s higher moods. What was back of it he did not know—it seemed to be a vague yearning which his scientific mind could not dissect or dispel. He wondered uneasily whether he himself had sailed in too well-traveled ocean lanes, and had lost some splendid fulfilment beyond the sky-line.