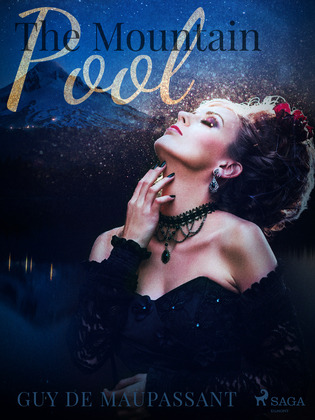 by Guy de Maupassant (Author), A. E. Henderson (Translator)
Buy for $2.99 Excerpt
Fiction Classics Occult & supernatural Supernatural creatures Ghost
warning_amber
One or more licenses for this book have been acquired by your organisation details

An aristocratic lady travels alone to picturesque Monaco, expecting a peaceful vacation. It turns into a place of horror for the woman, however, as she experiences something unspeakable at the artificial lake. She details her experiences in a letter to a dear friend. This grim tale was Maupassant's dive into something new, and his experiment paid off - creating a chilling story that rivals even the masters of the supernatural genre.

Guy de Maupassant (1850-1893) was a French writer. Famed for being a master of the short story, he also wrote travel books and occasionally dabbled in poetry. His stories mainly focus on the relationships between men and women sitting at crossroads in their lives - whether personal or professional. His dramatic flair is largely influenced by French novelist Gustave Flaubert and is perfect for fans of Anton Chekhov's short stories. The most notable of the 300 short stories that he wrote include 'Bel Ami', 'Une Vie', and 'The Dumpling'.