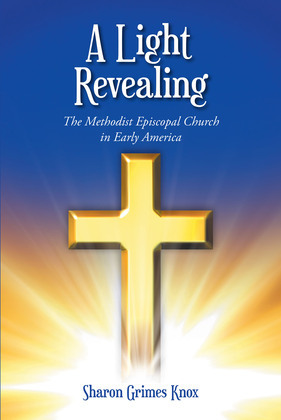 by Knox,Sharon Grimes (Author)
Buy for $9.99 Excerpt
Nonfiction History Other Social history
warning_amber
One or more licenses for this book have been acquired by your organisation details

A Light Revealing: The Methodist Episcopal Church in Early America is a study in the transformation of John Wesley's theology into a living church, uniquely suited to its own growth and that of a nation. The two evolved in a period of change without parallel. From the Revolutionary War to the question of slavery and the Civil War, the Methodist Episcopal Church (MEC) and the young nation grew in stature.

This study traces the history from John Wesley's mission to Savannah, Georgia, to the division within the Methodist Episcopal Church. Using a system of itinerancy, the early preachers initially traveled a circuit, acting as the glue that held the system together. As settlers moved west and established new territories for the country, the itinerants followed. Camp meetings and quarterly meetings offered social as well as religious connections among the people.

With the coming of the railroads, towns developed and the physical structure of permanent church buildings demonstrated civic pride. The new cleric was often educated and had married and was committed to the local church. The church drew its membership through the system of Sunday schools. While this system had been difficult through the early itinerant's infrequent visits, church membership soared. By 1850, the MEC's share of church membership in America was more than 34 percent.

Included in this book is a series of sermons given by the Rev. J.T. Galford. The fourteen sermons were given in Springbank, Illinois, in the 1870s. Reverend Galford epitomizes the new cleric of his age. Educated, married, and a farmer/rancher, he was well suited to his community. The sermons are filled with optimism and a zeal that is refreshing. His constant concern is for the souls of his congregants and their relation to their God. His sermons are as relevant today as they were almost one hundred and fifty years ago.