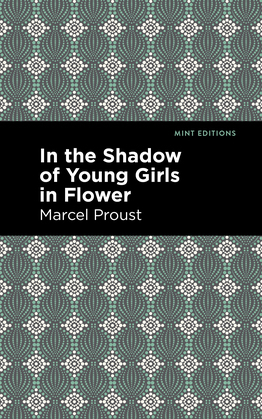 In the Shadow of Young Girls in Flower

by Marcel Proust (Author)
Buy for $10.99 Excerpt
Fiction Classics
warning_amber
One or more licenses for this book have been acquired by your organisation details

Within a Budding Grove (1919) is the second volume of Marcel Proust’s seven-part novel In Search of Lost Time. Written while Proust was virtually confined to his bedroom from a lifelong respiratory illness, Within a Budding Grove is a story of memory, history, family, and romance from a master of Modernist literature. Praised by Virginia Woolf, Vladimir Nabokov, Michael Chabon, and Graham Greene, In Search of Lost Time explores the nature of memory and time while illuminating the history of homosexuality in nineteenth century Europe. After years of admiring the Swann family from a distance, the narrator befriends the lovely young Gilberte. Through her, he gains access to her parents and their home, where artists and intellectuals gather to discuss their lofty ideals alongside the latest gossip. Despite his attraction to Gilberte, he finds himself enthralled with her mother, a careworn beauty so often ignored by her husband. As he grows and learns, he begins to recognize the reality concealed by convention: the secret liaisons between lovers; the petty competitions of artists; the fleeting nature of affection and lust alike. Written in flowing prose, Within a Budding Grove is a masterpiece of twentieth century fiction that continues to entertain and astound over a century after it appeared in print. With a beautifully designed cover and professionally typeset manuscript, this edition of Marcel Proust’s Within a Budding Grove is a classic work of French literature reimagined for modern readers.