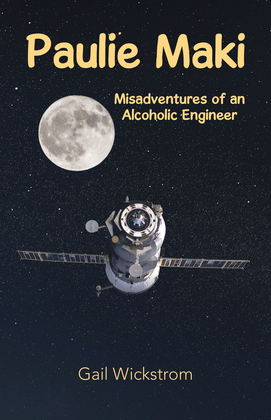 by Gail Wickstrom (Author)
Buy for $3.99 Excerpt
Fiction Biographical
warning_amber
One or more licenses for this book have been acquired by your organisation details

When Pauli Maki is born into a loving family, no one ever anticipates that one day he will become a hopeless alcoholic. Expected to go far in life, he has a healthy, normal childhood in a small town that includes his good friends, Rotten Mugga, Football, Hicks, and Magooch.
As Maki gradually progresses into the disease of alcoholism, what begins as a pastime of enjoying a few brews with his chums degenerates into wholesale binges. While he experiences drunken excesses and often-productive periods of sobriety, Maki repeatedly forfeits success for failure. As the cycle seemingly never ends, an engagement to be married is broken, he is fired from promising positions as an aerospace engineer, and becomes very familiar with the inside of a jail cell. Even worse yet, there is a murder. Saddled with guilt, Maki believes he is partially responsible. As his already dark life spirals even further downward, he winds up on skid row. Is there any hope for Maki who has become completely addicted to alcohol?
In this novel inspired by true events, an aerospace engineer battling alcoholism spirals downward to rock bottom where he eventually discovers there is always hope.