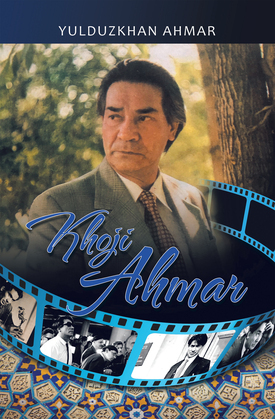 by Yulduzkhan Ahmar (Author)
Buy for $3.99 Excerpt
Nonfiction Biography & autobiography Military Personal memoirs
warning_amber
One or more licenses for this book have been acquired by your organisation details

Yulduzkhon Ahmar tells the story of her favorite uncle, Khoji Ahmar, in this biography that celebrates her love of family.

Ahmar, a director, writer, linguist, actor, and artist, had an abiding love for his homeland of Uzbekistan, a former Soviet republic in Central Asia.

Some of his successful films are Hard Way, The Swallows Arrive in Spring, Four Seasons of the Year, Integral, and Satellite of the Planet Uranus. He also worked on documentaries such as
At Don Breeders, Cooperative Sanatorium, My Dear Moscovites, and a popular science film, Songs of Tamarahanum.

Ahmar even wrote the script for animated movies such as Traditions of Centuries, Next on the Ground, and Most Obedient. Moreover, he translated Russian classics into the Uzbek language.

The author also pays tribute to other family members, including farmers, teachers, and a leader in the military field.

Join the author as she celebrates her ancestry—her favorite uncle in particular—in this account that highlights what it means to be family.