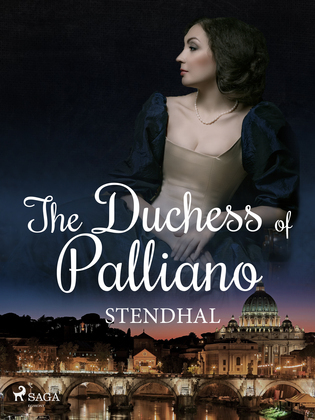 by Stendhal (Author), Charles K. Scott-Moncrieff (Translator)
Buy for $2.99 Excerpt
Fiction Classics
warning_amber
One or more licenses for this book have been acquired by your organisation details

Sibling rivalry was no joke in 16th Century Italy.

Giovanni Carafa is the Duke of Palliano and one of the heirs to the throne. He and his two brothers, Carlo and Antonio, achieve fame in their society when their uncle, Cardinal Giovanni Pietro Carafa, is elected for Pope Paul IV. Under the influence of their uncle, the three brothers will stop at nothing to gain as much power as possible. The competition between them grows fierce and all-encompassing, and it's only a matter of time until they sink into clandestine lies, vile affairs and heinous conspiracies.

Who will gain most power and influence, and in what way will these be deployed? What will happen to the losers?

Stendhal’s dramatic and intriguing novel 'The Duchess of Palliano' was originally published in 1838 and offers a gripping insight into Renaissance Italy.

Stendhal is widely regarded to be an eminent example of Romantic Realism throughout his work and directly influenced the world-famous Russian author Leo Tolstoy in his depictions of war, especially in Tolstoy's works 'Sevastopol Sketchers', 'The Invaders', 'The Cossacks' and 'Youth and Childhood'.