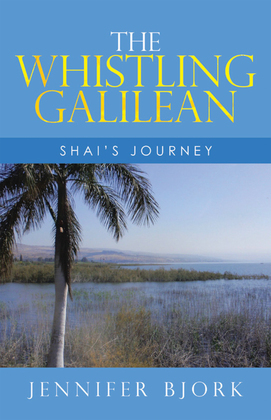 by Jennifer Bjork (Author)
Buy for $3.99 Excerpt
Fiction Juvenile & young adult Christian Historical
warning_amber
One or more licenses for this book have been acquired by your organisation details

Shai, the ten-year-old son of a Galilean fisherman, deeply desires his father’s pride and respect. The frustrated, sometimes angry, boy is challenged by jealousy and competes for attention from a blood relative, his older brother, Ezra.

Maturing into adolescence, Shai and his best friend each seek a girlfriend, even doing something ridiculous to gain their attention. Brutality surrounds Shai, ranging from a school bully to Roman torture. The term ‘payment or punishment’ spreads quickly as the unyielding Roman rulers enforce market taxes in Capernaum.

Everything is about to change when Shai befriends a stranger from Nazareth one day while bathing in the waters of the Galilee. While his rabbi teaches him to become a man and to abide by Hebrew laws, Yeshua (Jesus) teaches loving care through action. Confused, Shai is faced with conflicting choices, one after another. As Yeshua reveals his power and destiny, people in Shai’s life react differently to his friend’s messages. Shai’s relationships evolve and change as his choices transform not just his life, but also the lives of others.