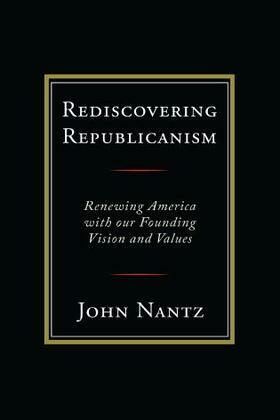 by John Nantz (Author)
Buy for $23.50 Excerpt
Nonfiction Social science Political science History & theory Government Executive branch
warning_amber
One or more licenses for this book have been acquired by your organisation details

When well-designed institutions function properly, people thrive. Few institutions have been more ingeniously designed than the U.S. federal government via the Constitution in 1787. This auspicious beginning more than two centuries ago helps explain why the U.S. remains a magnet for opportunity seekers, students, entrepreneurs, dissidents, and persecuted believers.

Yet for decades now, America’s federal government has been underperforming. Social Security and Medicare face looming insolvency. The federal government’s “war on poverty” has failed to “end poverty” and arguably made it worse. In 2012, the United States Postal Service lost more money than the nation spent on the State Department, and Amtrak has lost money every year since being created in 1971. How can an enduring institution, so thoughtfully crafted, now produce such poor results?

Yet federal results do not match Progressive expectations. Three key problems – “windfall politics”, “the government surcharge”, and “complexity failure” – overlooked by American Progressives explain the federal government’s consistent failures. American Progressive’s rosy-eyed view of human nature and political institutions have not been borne out by the evidence.

In an era of substantial political fermentation and debate, rediscovering and re-applying American Republicanism represents the best path forward for the United States. The federal government should retain many necessary responsibilities but turn over those where it has failed – for social welfare, federally provided services, and retirement savings among others – to the country’s state governments, civil society, and individual citizens respectively.