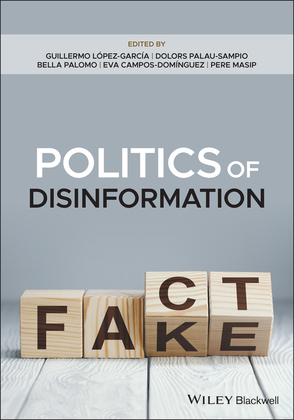 Discover a comprehensive exploration of the underlying theories of disinformation, and their impact, from leading voices in the field

Politics of Disinformation delivers a thorough discussion of the overwhelming problem of modern fake news in the political arena. The book reviews fundamental theoretical concepts of disinformation and analyzes the impact of new techniques of misinformation and the dissemination of false information in the public space. A group of distinguished authors provide case studies throughout the text to illustrate the effect of disinformation all around the world; including, but not limited to Europe, the Middle East, and South America.

The chapters include examination of topics such as the rise of populism, the increasing political influence of social networks, the use of fact checking to combat fake news and echo chambers, and comparative analyses of how disinformation affects conservatives and liberals. A final case study examines all of these factors as they relate to the recent Spanish election of 2019 and how they affected the results. This book also includes:

Perfect for use as a reference book for students and scholars of political communication and political science, Politics of Disinformation will also earn a place in the libraries of practicing journalists and students of journalism and media studies, as well as those studying or working in communications.