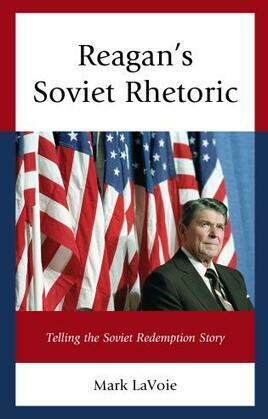 by Mark LaVoie (Author)
Buy for $45.00 Excerpt
Nonfiction Human science Language arts & disciplines Rhetoric
warning_amber
One or more licenses for this book have been acquired by your organisation details

How did Ronald Reagan go from calling the Soviet Union an “evil empire” in his first term as president to saying the US had “forged a satisfying new closeness” with the Soviets by the end of his second term? In Reagan’s Soviet Rhetoric: Telling the Soviet Redemption Story, rhetorical scholar Mark LaVoie examines the ways Reagan negotiated his shift from a vehemently anti-communist discourse to a rhetoric of guarded optimism about the future of US-Soviet relations that ultimately revealed a Soviet redemption narrative. Following Reagan’s Soviet rhetoric from his 1947 testimony before the House Un-American Activities Committee to his Farewell Address in 1989, LaVoie considers the President’s use of “Soviet/Nazi analogy,” “historical narrative,” “reciprocity,” and other rhetorical strategies in creating the narrative. Scholars and students of rhetoric, history, and international relations will find this book particularly interesting.