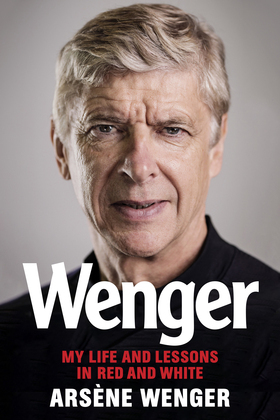 by Arsène Wenger (Author)
Buy for $18.99 Excerpt
Nonfiction Biography & autobiography Sports Business & economics Leadership Nature, recreation and sports Sports & recreation Soccer
warning_amber
One or more licenses for this book have been acquired by your organisation details

In Wenger: My Life and Lessons in Red and White, world-renowned and revolutionary soccer coach Arsène Wenger finally tells his own story for the very first time.

Wenger opens up about his life, sharing principles for success on and off the field with lessons on leadership, personal development, and management.

This book charts his extraordinary career, including his rise from obscurity in France and Japan to his 22 years at the helm of Arsenal Football Club.

• Covers the years of controversy that led up to his resignation in 2018 and his current seat as chief of global football development for FIFA
• Wenger offers studious reflections on the game and his groundbreaking approach to motivation, mindset, fitness, and the winning edge.
•He popularized the attacking approach and belief that the game should be entertaining.
• Includes full-color photo insert.

Among the most successful managers of all time, Wenger, affectionately nicknamed "the professor," has won multiple championships and run one undefeated and unmatched English Premier League season.

This is a must-read for Arsenal fans, soccer fans, athletes, trainers, business leaders, and anyone seeking the tools for success in work and life.

The story of one of the most revered and successful coaches—and his tactics and vision—in the world's largest sport
• Makes a great book for diehard soccer fans around the world
• You'll love this book if you love books like Alex Ferguson: My Biography by Alex Ferguson, Beckham: Both Feet on the Ground: An Autobiography by David Beckham and Tom Watt, and Eleven Rings: The Soul of Success by Phil Jackson and Hugh Delehanty.