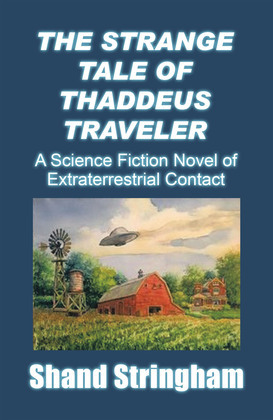 The Strange Tale of Thaddeus Traveler

by Shand Stringham (Author)
Buy for $3.99 Excerpt
Fiction Historical Science fiction Mystery & detective Suspense
warning_amber
One or more licenses for this book have been acquired by your organisation details

Some people mistakenly believe that the earliest reported UFO crash in the United States occurred at Roswell, New Mexico, in 1947. It did not. There are several other reported incidents about earlier UFO crashes in the literature. One of the earliest reported crashes occurred fully fifty years before Roswell in Aurora, Texas, in 1897.
This story was suggested by a news article that first appeared in the Dallas Morning News in 1897, which describes the crash of an unidentified aircraft into the windmill and water tower of Judge James Proctor, who lived with his wife just outside the little town of Aurora, Texas. The pilot of the aircraft perished in the crash but a close examination of his burnt and broken body revealed that he was not of this world. History records and the alien was buried in the Aurora City Cemetery. Although a modern search for his remains have never produced any results.
The novel also reveals the unreported story of the passenger on the aircraft who escaped detection and ultimately wended his way into the Aurora community