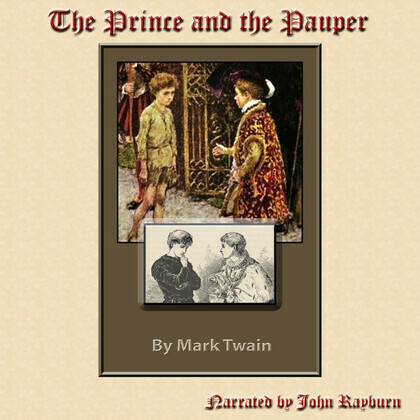 The Prince and the Pauper

by Mark Twain (Author), John Rayburn (Narrateur)
Excerpt
Fiction Classics Historical
warning_amber
One or more licenses for this book have been acquired by your organisation details

A remarkable resemblance of two boys born on the same day in the sixteenth century became the basis of Mark Twain’s first try at historical fiction. He had begun writing the year before on his to-be famous Huckleberry Finn manuscript. However, he became discouraged with that story and decided to either pigeonhole it or maybe even burn it. He had come up with an idea for a play, but instead turned it into the novel you’re about to hear; that of The Prince and the Pauper. This resulted in a fable that was almost a fairy tale, one that became a fine story for young people of all ages.

There were many unjust laws in the 1500s, and Twain delved into them with his usual remarkable insight. The success also led to a resumption of the Finn adventures, thus preserving one of his major accomplishments, one that took about seven years to eventually complete. Listen now to the story of Tom Canty and Edward VI.