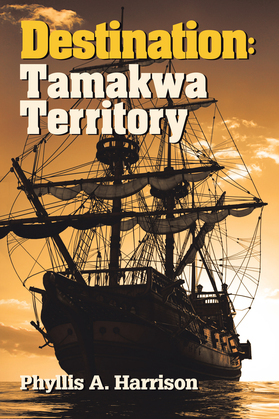 by Phyllis A. Harrison (Author)
Buy for $3.99 Excerpt
Fiction Historical Romance
warning_amber
One or more licenses for this book have been acquired by your organisation details

The world is in turmoil, the future uncertain, the present dangerous. Securing a better future requires desperate measures and the fortitude to see it through. Europe's political landscape in 1643 has become too dangerous for fugitive Giles Montroville to continue living in the city of Amsterdam. Nearby European countries have been unable to provide safe haven for him. He needs to find a fast route to safety for himself aqnd his young family.

When he is offered the chance to emigrate to New Amsterdam and work for the West India Company. Giles seizes the opportunity. Given the difficult and violent conditions in the colony, it seems more an act of insanity or desperation that self-preservation. Mannahatta Island far enough away to offer a chance of survival and the possibility of future wealth. Great fortunes have already been made by a few from the bounty of the foreign wilderness, especially from the pelts of the beaver, the "tamakwa" as they called in the language of some of the indigenous people on the new continent.

Giles knows that the journey will be long and arduous and there will be hard work ahead of them after they get there, but the voyage proves to be longer and more difficult than he imagined. Challenges arise that he has not foreseen, both during the voyage and waiting for them in the new land. His strength of will is tested as he battles incidents on the journey and his own fears. Determination and willpower are needed just to keep Giles believing that they will reach their destination safely and that the future will bring them security along with a new life.