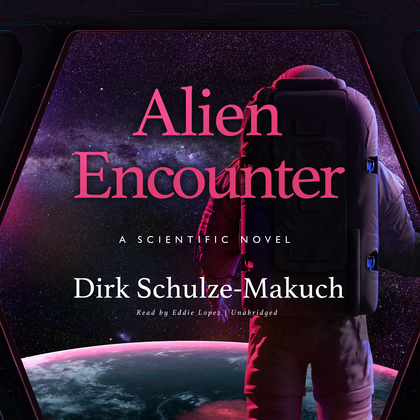 by Dirk Schulze-Makuch (Author), Eddie Lopez (Narrateur)
Excerpt
Fiction Science fiction
warning_amber
One or more licenses for this book have been acquired by your organisation details

It has been nearly one hundred years since the Apollo moon landings, when Jack and Vladimir, two astronauts on a mission to Venus, discover a mysterious void related to indigenous life on the planet. Subsequently more voids are detected on Earth, Mars, Titan, and, quite ominously, inside a planetoid emerging from the Kuiper belt.

Jack is sent to investigate the voids in the Solar System and intercept the planetoid—which, as becomes increasingly clear, is inhabited by alien life forms. Jack and his crew will have little time to understand their alien biochemistry, abilities, behavior patterns, resilience, and technology, but also how these life forms relate to the voids.

Humankind’s first encounter with these exotic life forms couldn’t be more fateful, becoming a race against time to save life on Earth and to reveal the true nature of the voids, which seem to be intrinsically related to life and the universe itself. In this novel, the author combines many topics related to state-of-the-art research in the field of astrobiology with fictional elements to produce a thrilling audiobook.