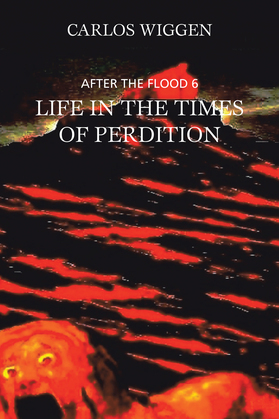 Life in the Times of Perdition

by Carlos Wiggen (Author)
Buy for $4.99 Excerpt
Fiction Historical
warning_amber
One or more licenses for this book have been acquired by your organisation details

Douglas Ayr's submarine began an uncontrolled dive toward the massive plain of the seamount at nine hundred feet, leaving her sister vessel, the Helena, as a dark spec against the distant moon-silver surface.
"Dive, go after him!" Martin shouted.
Having dodged the sinking debris, the Helena started a crash dive. Meanwhile, the sub had gone from tail up to nose up and kept sinking slowly at a thirty-degree angle. The tail hit the barren stone plain first, crushing the planes and screws. Then, the boat settled on its keel in a horizontal position, resting on the three beams that were still in place under the belly.
The Helena descended on an even keel.
"I've got her on sonar," Benny reported, "belly landing."
"Put us next to her," Martin said, striving to speak clearly. Chris, Van, Greg, Rainer, Young, Woo, Huang, Brian--all the others were in shock.