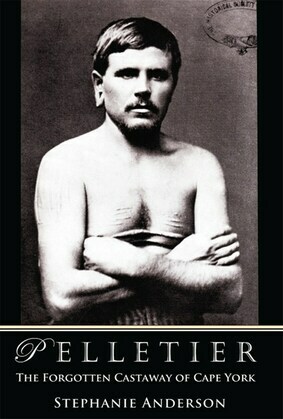 This book tells the story of a French cabin boy, Narcisse Pelletier, and his life with the Uutaalnganu people of north-east Cape York from 1858 to 1875. Even though it is all but forgotten in Australia, and in France is known only in its broad outlines, Pelletier's story rivals that of the famous William Buckley, both as a tale of human survival and as an enthralling and accessible ethnographic record.

Narcisse Pelletier, from the village of Saint-Gilles-sur-Vie, was fourteen years old when the Saint-Paul was wrecked near Rossel Island off New Guinea in 1858. Leaving behind more than 300 Chinese labourers recruited for the Australian goldfields - believed to have been subsequently massacred by the Rossel Islanders - the ship's captain and crew, including the cabin boy, escaped in a longboat. After a gruelling voyage across the Coral Sea, they landed near Cape Direction on Cape York, where Pelletier found himself abandoned when the boat sailed off without him. He was rescued by an Aboriginal family and remained with them as a member of their clan until 1875 when he was sighted by the crew of a pearling lugger. 'Rescued' against his will, Pelletier was conveyed to Sydney and then repatriated to France.

The author, Stephanie Anderson, came across Pelletier's story by chance in an old French anthropological journal. As she started researching it, her fascination with the story grew. She found that Pelletier had left an account of his experiences, first published in 1876, that had never been translated into English.

Now, for the very first time, this remarkable story is available to read in English, complemented by an ethnographic commentary by anthropologist Athol Chase and an in-depth introduction by Anderson. Pelletier: The Forgotten Castaway of Cape York is required reading for anyone with an interest in Australian history, anthropology, or the intriguing world of pre-colonial Aboriginal life.