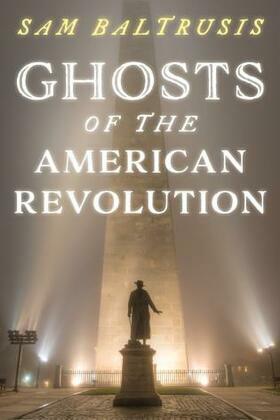 Ghosts of the American Revolution

by Sam Baltrusis (Author)
Buy for $17.00 Excerpt
Nonfiction Esotericism, occult UFOs and unexplained phenomena History History by country United States Historical period Revolutionary period (1775-1800)
warning_amber
One or more licenses for this book have been acquired by your organisation details

The American Revolution is stained with blood and its ghosts are still lurking in the shadows seeking postmortem revenge. Come explore the haunts associated with the colonial rebels' fight for independence, from an aura of disaster lingering from the “shot heard round the world” in Concord, Massachusetts, to the battle cries of our forefathers in Philadelphia, Pennsylvania. Using a paranormal lens, Baltrusis breathes new life into the ghosts of the American Revolution that include both unknown patriots and familiar names.