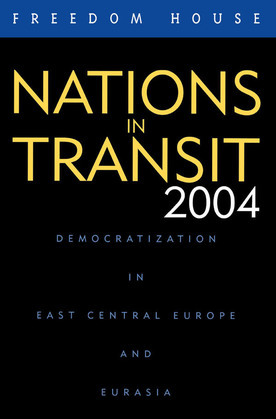 Nations in Transit 2004: Democratization in East Central Europe and Eurasia

Nations in Transit is Freedom House's incisive and authoritative assessment of post-Communist reform in 27 countries of Central and Eastern Europe and the former Soviet Union. In this annual research effort, leading regional and country specialists review key indicators of democratization and the rule of law and present their findings through in-depth reports and comparative ratings that measure the state of electoral processes, civil society, independent media, governance, and corruption in each country under study. It is the only comprehensive, comparative, and multidimensional study of the post-Communist condition.