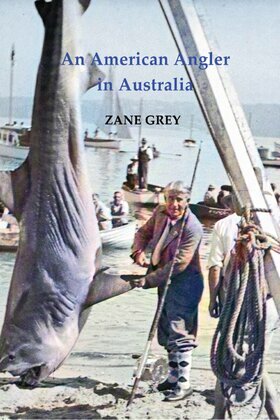 An American Angler in Australia

by Zane Grey (Author)
Buy for $7.99 Excerpt
Nonfiction Biography & autobiography Literary Sports
warning_amber
One or more licenses for this book have been acquired by your organisation details

In 1936, the celebrated American author Zane Grey arrived in the sleepy New South Wales town of Bermagui, with the express reason of angling for the world's largest fish - Marlin, sharks and Swordfish. Here is his little classic of the chase.
Four miles out I sighted a long sickle fin cutting through a swell. Did I yell, "Marlin!"? I certainly did. An instant later Peter sighted another farther out, and this tail fin belonged to a large fish. I could not tell whether or not it indicated a black marlin. It stood up three feet or more, and that much would make a tail spread of over six feet. These marlin were riding the swells and they were moving fast. The tails would come up out of the top of a swell and cut the water at more than a ten-knot speed. Then they would vanish. It is always necessary to run the boat in the right direction to head the fish off. The Avalon is fast - she can do eighteen knots when opened up - but we could not catch up with the big fellow.