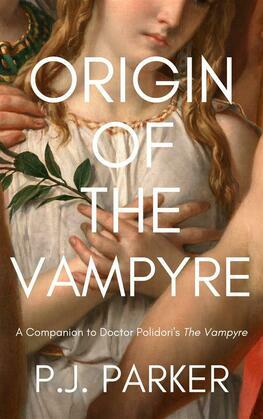 Origin of the Vampyre

by P. J. Parker (Author)
Buy for €5.99 Excerpt
Fiction Romance Gothic
warning_amber
One or more licenses for this book have been acquired by your organisation details

1816 — the Year Without a Summer — resulted in two of literature’s most feared and beloved creations.

American biographer, Rachel Walton, attained international recognition for her Shelley bio, unearthing the horrific events which jolted Frankenstein and his wretch into existence in the peaceful lakeside village of Montreux, Switzerland. What she hadn’t expected during her study was to fall in love with a man of gigantic structure, of uncommon beauty, of intriguing origin.

The Polidori biography is her latest commission. Traveling to London, England she is hosted by Polidori’s descendent, Aubrey, determined to uncover the reason for the doctor’s spiraling depression and untimely demise after the publication of his tale of horror. Hoping he had found some kind of happiness, perhaps love, before his death.

Personal letters and documents secured in his Soho family home reveal a rapidly evolving terror in the mist-shrouded alleys, grand townhomes and ballrooms of Georgian London as Polidori assists the Bow Street Runners in investigating a series of murders. Leading to the revelation of a creature thought to exist only within the pages of Polidori’s novel.

Despite her own experiences, it did not prepare Rachel for the distortion of fiction, reality and time as she exhumes a mystery shrouded and buried beneath the sod for over two-hundred years. Nor could she have foreseen the consequence of an unexpected companionship with her seductive and beautiful host.

Origin of the Vampyre: A Companion to Doctor Polidori’s The Vampyre.

A paranormal romance and time-blurring mystery by the author of the book club favorite: Fire on the Water: A Companion to Mary Shelley’s Frankenstein.