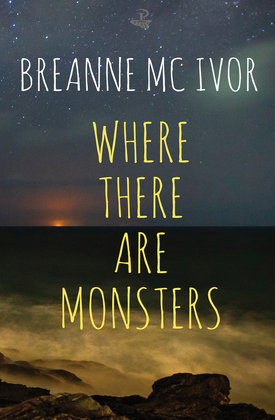 Where There Are Monsters

by Breanne Mc Ivor (Author)
Buy for $9.78 Excerpt
Fiction Fairy tales, folk tales & mythology Literary Romance Gothic
warning_amber
One or more licenses for this book have been acquired by your organisation details

Breanne Mc Ivor is a bold new voice in Caribbean fiction. The Trinidad of her stories is utterly contemporary but also a place defined by its folk mythologies and its cultural creations, its traditions of masking and disguises. Her stories confront the increasing economic and cultural divisions between rich and poor, the alarming rise in crime, murders and an alternative economy based on drug trafficking. Their daring is that they look both within the human psyche and back in time to make sense of this reality. The figure of the loup-garou, the violent rhetoric of the Midnight Robber – or even cannibalism lurking far off the beaten track – have become almost comic tropes of a dusty folklore. In Mc Ivor’s stories they become real and terrifying daylight presences, monsters who pass among us.

Her great gift as a writer is to take us to unexpected places, both to seduce us into a kind of sympathy for her monsters of greater and lesser kinds, and sometimes to reveal a capacity for redemption amongst characters we are tempted to dismiss as shallow, unlikable human beings. The problem, in a world of masks and disguises, is how to tell the difference.

In these carefully crafted stories, with room for humour, though of a distinctly gothic kind, Breanne Mc Ivor reaches deep into the roots of Trinidad folk narratives to present us with very modern versions of our troubled selves.