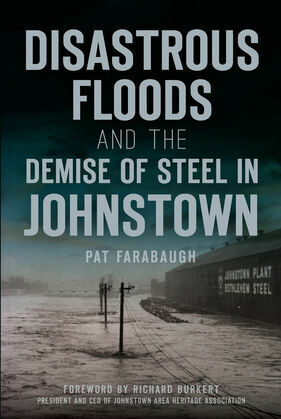 Disastrous Floods and the Demise of Steel in Johnstown

Johnstown is synonymous with floodwaters and steel. When the city was decimated by a flood of biblical proportions in 1889, it was considered one of the worst natural disasters in American history and gained global attention. Sadly, that deluge was only the first of three major floods to claim lives and wreak havoc in the region. The destruction in the wake of the St. Patrick's Day flood in 1936 was the impetus for groundbreaking federal and local flood control measures. Multiple dam failures, including the Laurel Run Dam in July 1977, left a flooded Johnstown with a failing steel industry in ruins. Author Pat Farabaugh charts the harrowing history of Johnstown's great floods and the effects on its economic lifeblood.