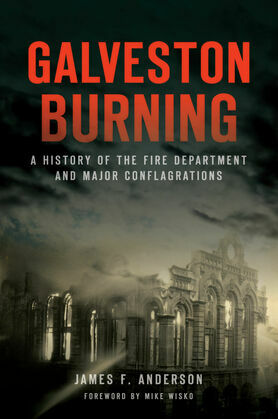 Since 1821, when Jean Lafitte sailed away from a burning Campeche, the history of Galveston has often been wreathed in smoke. Over the next century, one inferno breached the walls of Moro Castle, while another reduced forty-two blocks of the residential district to ash. Recognizing the importance of protecting the city, concerted efforts were made to establish the first paid fire department, create a city waterworks and regulate construction standards. Yet even with all the forethought and planning, rogue fires continued to consume architectural gems like Nicholas Clayton's Electric Pavilion. Author James F. Anderson explores the lessons that Galveston has learned from its fiery past in order to safeguard its future.