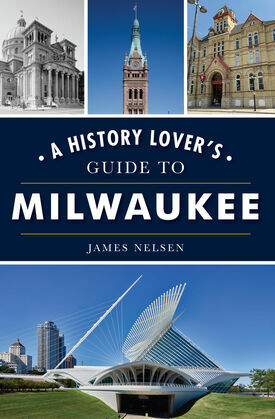 A History Lover's Guide to Milwaukee

Milwaukee is often described as a "big small town," and its quirky character stems from its many neighborhoods--each with its own stories to tell. Early territorial disputes, for example, led to the horribly (or humorously) misaligned streets of downtown. The city's signature rectangular pizza was born in the Third Ward. In Kilbourntown, Teddy Roosevelt was saved from an assassin's bullet by the smallest of items. Not far from that spot, eight baseball team owners formed the American League of Professional Baseball Clubs. And no matter the neighborhood, a fantastic glass of suds is never far away in this renowned beer city. Leading readers on a neighborhood-by-neighborhood tour, author and Milwaukee native Jim Nelsen pinpoints the fascinating historic locations of the Cream City.