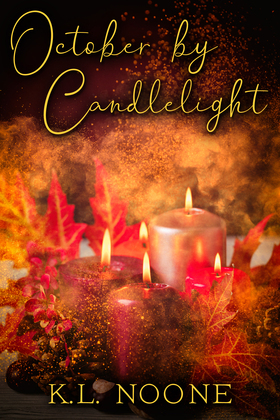 by K.L. Noone (Author)
Excerpt
Fiction LGBTQ+ Romance Contemporary
warning_amber
One or more licenses for this book have been acquired by your organisation details

Living with former teen idol Finn Ransom isn’t like a movie. But it’s worth it.

Wes loves his boyfriend, and he knows all the stories about Finn’s celebrity past and old accidents and rebuilt career -- or he thinks he does. But Wes also loves his organized historian’s life, neat and tidy and efficient -- and moving in with Finn is the opposite.

Finn’s messy, colorful, exuberant ... and in love with autumn. Pumpkins. Black cats. Fall leaves. Rain. Wes wants to be patient, but one more cinnamon candle might be one too many.

But maybe Wes doesn’t know everything about Finn’s past. And autumn candlelight is good for sharing stories ... and opening up hearts.