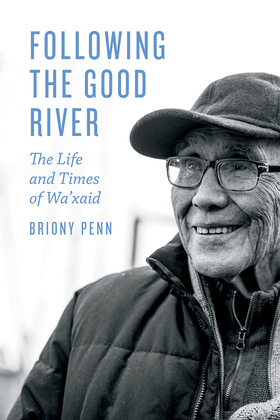 by Briony Penn (Author), Cecil Paul (Author)
Buy for $16.99 Excerpt
Nonfiction Social science Sociology Biography & autobiography Native Americans
warning_amber
One or more licenses for this book have been acquired by your organisation details

Based on recorded interviews and journal entries this major biography of Cecil Paul (Wa’xaid) is a resounding and timely saga featuring the trials, tribulations, endurance, forgiveness, and survival of one of North America's more prominent Indigenous leaders.

Born in 1931 in the Kitlope, Cecil Paul, also known by his Xenaksiala name, Wa’xaid, is one of the last fluent speakers of his people’s language. At age ten he was placed in a residential school run by the United Church of Canada at Port Alberni where he was abused. After three decades of prolonged alcohol abuse, he returned to the Kitlope where his healing journey began. He has worked tirelessly to protect the Kitlope, described as the largest intact temperate rainforest watershed in the world. Now in his late 80s, he resides on his ancestors’ traditional territory.

Following upon the success of Wa'xaid's own book of personal essays, Stories from the Magic Canoe Briony Penn's major biography of this remarkable individual will serve as a timely reminder of the state of British Columbia's Indigenous community, the environmental and political strife still facing many Indigenous communities, and the philosophical and personal journey of a remarkable man.