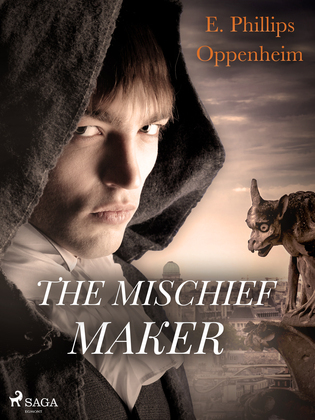 British politician Sir Julien Portel finds himself framed in a scandal by the jealous and ambitious Mabel Carraby, who is intent on pushing him out of his role in order that her husband may take Julien’s place. Forced to take refuge away from the scandal in Paris, Sir Julien finds himself unwittingly caught up in a world of international espionage. Set in the years prior to WWI, ‘The Mischief Maker’ is a fascinating insight into the international tensions which were bubbling at the time. A gripping tale of mystery and intrigue from author E. Phillips Oppenheim.