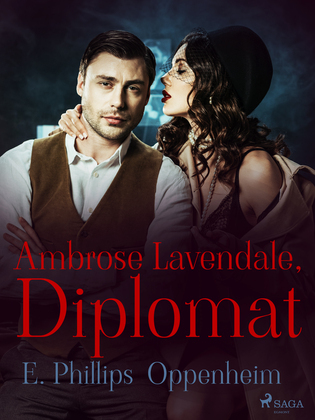 by Edward Phillips Oppenheimer (Author)
Buy for $10.99 Excerpt
Fiction Classics Mystery & detective
warning_amber
One or more licenses for this book have been acquired by your organisation details

Originally published as a series of short stories in ‘Hearst’ magazine, ‘Ambrose Lavendale, Diplomat’ follows the story of young Ambrose Lavendale, who enters the secret service in London during WWI. He encounters Suzanne de Frayne, his French equivalent, and together the pair uncover a series of plots, discover spies, and steal weapons. Romance inevitably blossoms between the Ambrose and Suzanne, in this gripping tale of international intrigue from E. Phillips Oppenheim.