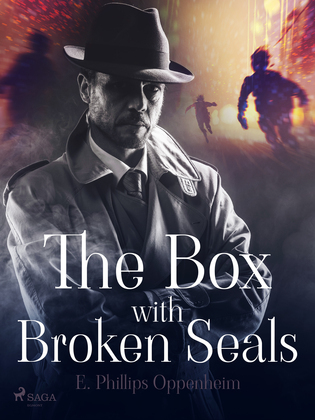 The Box with Broken Seals

‘The Box with Broken Seals’ is a rip-roaring thriller from popular author E. Phillips Oppenheim. A tale of international espionage, we follow criminal Jocelyn Thew as he escapes capture accompanied by a mysterious dying man and the young Katherine Beverley, indebted to Thew for saving her brothers life some years before. Crawshay of the British Secret Service is on their tail however and is never far behind. Will the law catch up with the fleeing trio?